You are here: Home / BrightBlog / Cinema / The Unfinished Symphony

BrightSphere Productions was founded by Norman B. Miller as a vehicle for conveying his visions of world peace through cooperative tranquility. He was a staunch advocate of Planet Earth – caring for the environment and its inhabitants. Norman devoted many years of research to the healing powers of positive light and sound – what he called Electronic Alchemy.

Norman passed beyond this sphere in December of 2015 after a terrible battle with liver cancer.

Richard Schletty, whom Norman mentored in the areas of digital cinematography and positive music, will endeavor to continue Norman’s unfinished work. 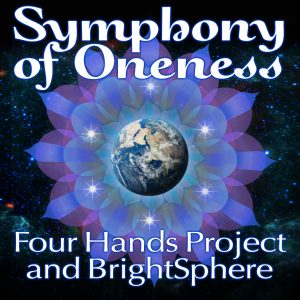 Symphony of Oneness is a project that Norman began in the mid 1970s. First dubbed The Evolution of the Mandala, these innovative light-sound shows were presented to live audiences in southern California and other Southwestern states utilizing twin Omegatron projectors synced with an audio soundtrack. The storyline encompassed the awe of creation, the perils of pollution, a call for oneness (unity in caring for self and Planet Earth), the lost wisdom of ancient cultures, including meditational centering via mandalic forms in nature, art, physiology and theology. The music and narrative covered a wide spectrum of religions and spiritualities around the globe. The final segment was a journey through imaginative supranatural realities via celestial art and kaleidoscopic mandalic art.

In recent years, a beautiful movie soundtrack was created by Four Hands Project (David Gomez Sanz and Alberto Ayuso Domingo) under the direction of Norman Miller and Richard Schletty. The album was released via digital distribution in December of 2012. The goal is to do a new version of the original 1977 Evolution of the Mandala in high definition 4K cinematography, using footage shot by Richard with a Blackmagic Production Cinema Camera, a GoPro Hero camera and an iPhone 6S Plus. Additional still footage is being provided by Bridget Schletty and Elias de Andres Martos, Richard’s daughter and son-in-law, who have traversed high mountains in Nepal, Spain, South America, Colorado, Washington and Alaska. Some stock photography will also be used.

We invite you to follow the journey toward completion of the full length docu-opera, Symphony of Oneness.