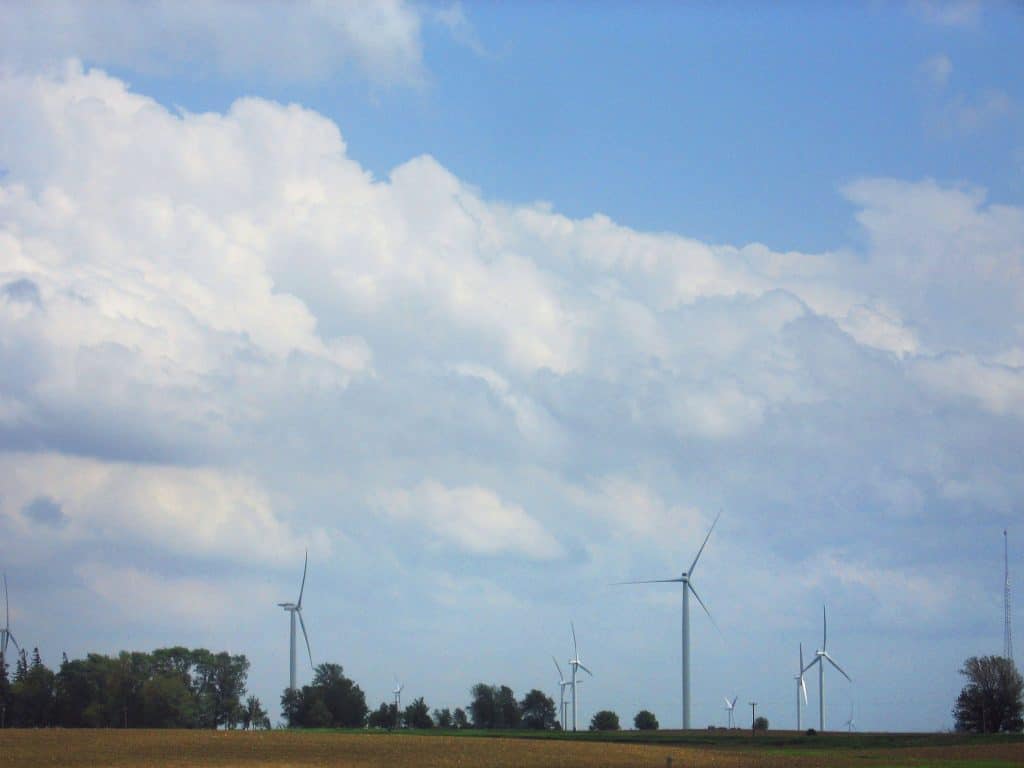 Excerpt from article at Renewable Energy World
by Rod Walton, 8.26.19

The U.S. land-based wind industry installed 7,588 MW of capacity last year, bringing the overall utility-scale total to more than 96 GW. Employment in the sector is also at an historic support of 114,000 jobs.

“Onshore wind energy installation continues to grow across the country, and this Administration has proven that we can pursue renewable energy advancements and deployment, particularly wind energy resources, which are predicted to surpass other sources of renewable power generation this year,” said Under Secretary of Energy Mark W. Menezes. “And with over 25 GW in the development pipeline, U.S. offshore wind is poised to be a significant part of our comprehensive energy portfolio in the coming years.”

The nationwide query also found that the trend of using larger wind turbines was sustained last year. The average capacity of large-scale turbines installed in distributed applications in 2018 was 2.1 MW—almost double the capacity of turbines used in 2003.